Developing and producing complex chemical compounds is crucial for discovering and launching innovative and beneficial products. Chemical synthesis stands for numerous essential products in pharmaceutical, food and chemical industries and contribute to improve our daily life. The quality of the reactants – such as our Lohtragon® metal salts – significantly impacts the success of the chemical reaction as such and specifically in terms of reproducibility and consistency on highest quality level.

Our Lohtragon® experts support you in the preselection of the most suitable product and quality.
Contact us! 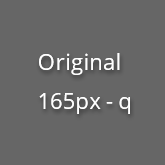 Catalysts play an important role in many chemical reactions and the related industrial processes. more

Catalysts play an important role in many chemical reactions and the related industrial processes. The catalytic Lohtragon® metal salts contribute to efficient processes and optimized yields by their surpassing purity and batch to batch consistency.

Catalytic converters for emission control in internal combustion engine (ICE) vehicles are one of the most popular applications for metal catalysts. They convert the toxic emissions from combustion engines, mainly carbon monoxide, nitrogen oxides and unburned hydrocarbons, into harmless substances such as carbon dioxide, nitrogen and water. While platinum, palladium and rhodium are effective catalysts, Lohtragon® metal salts – typically based on cations like Copper, Iron, Magnesium, Calcium and Strontium – act as activators. In combination with thermally degradable organic anions such as Acetates, Citrates or Oxalates these are ideal for thermal deposition and the manufacturing of catalyst systems.

For the emulsion polymerization of latex, metal salts are used in coagulation solution processes. They play an important role as coagulants or de-emulsifiers.

Lohtragon® O43 – Electrical safety gloves are high quality products. As severe injuries or danger to life may occur due to material failure, very tight standards have to be fulfilled. Lohtragon® O43 suits the demands of this particular area of emulsion polymerization of latex.

Superabsorbent polymers (SAP) are widely used in personal care products, such as disposable diapers. Metal salts of Aluminium can be applied to stabilize the three-dimensional macrostructures of suitable polymers like polyacrylates.

Some polyesters and polyethers are still not accessible through the direct synthesis of suitable acids with alcohols. For these applications we offer a wide range of transesterification catalysts such as Lohtragon® K19, Lohtragon® K02 or Lohtragon® O56.

Get in touch with our Lohtragon® experts for further exchange.
Contact us!

An active catalytic substance may be used directly. more

An active catalytic substance may be used directly. However, in case of high demand on mechanical strength catalysts are preferably applied on a carrier. Typically ceramic carriers are used to ensure chemical inertness and mechanical strength. The Lohtragon® offering for ceramics is described in the section Glass, Ceramics & Pigments.

Desiccants are hygroscopic substances and typically solids that absorb water. In addition, to reduce the humidity level of air (water in gas streams, humidity between the panes of insulated windows) these chemically inert substances can be used to remove water from solvents. For such applications and in chemical reactions Lohtragon® desiccants offer highest purity standards.

During the production of organic peroxides unwanted traces of water might occur. Lohtragon® V15 removes traces of humidity without further thermal stress. Highest purity standards ensure to exclude impurities which might cause the decomposition of the peroxides.

The pH control during chemical reactions can significantly influence the yield and properties of the final product. Such Lohtragon® pH control products are described in the section Lohtragon® cross-applications / pH control.

In case of any questions, please reach out to your Lohtragon® team.
Let´s start talking today!

The information given in the document corresponds to our current knowledge. We warrant in the frame of our General Terms and Conditions of Sale that our products are manufactured in accordance with the specifications. However, we disclaim any liability with regard to the suitability of our products for a particular purpose or application or their compatibility with other substances. Tests have to be performed by the customer who also bears the risk in this respect. Nothing herein shall be construed as a recommendation to use our products in conflict with third parties' rights.